It's an Eye-opener: Slaves in New England


NERGC 2019 Lectures To Include Janice Lovelace, Ph.D., on
Slavery in New England and the Black Experience in the American Revolution


It only happens once every two years. It takes two dozen genealogy societies, acting in tandem, to put on the NERGC conference, an event with as many genealogy learning opportunities as a national genealogy conference. But NERGC is always in New England, often close enough for many of us to commute rather than incur the travel and hotel expenses that come with the national conferences. NERGC 2019 runs April 3rd to 6th in Manchester, New Hampshire.

My specialty is New England research in the colonial period, specifically Connecticut and Massachusetts. About 25% of my ancestors come from that time and place. (The other 75% are Swedish, Danish, English, Irish, Scottish, and Belgian, with a tiny bit of Spanish.) That small quarter of my heritage has been a huge research task with many years invested in tracing people back.

One of those people was an enslaver in 1790. When I found this, I carefully counted the number of slave owners in Stratford, Fairfield County, Connecticut. It turns out that
63 of the 548 Stratford households in 1790 included enslaved people. That means that 11.5% of the families in town owned slaves, often 1 person but in a few cases up to 3 people. I didn’t think slaveholding was so common in Connecticut.

As an official blogger for NERGC 2019, I had the chance to pick any presenter to interview. I picked Janice Lovelace, Ph.D (psychology), of the distant state of Washington. Janice is presenting twice at NERGC 2019. Her topics will help me to learn and understand more about my ancestors' role in this. 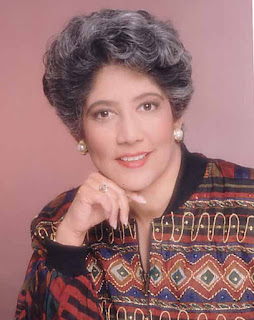 Let me tell you about Janice. She’s brilliant. She did doctorate work in psychology and she has added stellar academic achievements in genealogy. In 2012, she finished a certificate in genealogy from the University of Washington. The very next year, in 2013, Janice completed the certificate program at Boston University. Her role in genealogy is as a teacher. She developed an online course, African-American Roots: A Historical Perspective, for the National Genealogy Society. An instructor at the Midwest African American Genealogy Institute (MAAGI), she teaches there every year as well. She been on the board at NGS and is currently serving on the board of the Association of Professional Genealogists. She speaks often to genealogy societies, and has presented online, including the recent “Who Owned Solomon? A Case Study of 19th Century African American Research” for the Virtual Genealogical Association. She agreed to participate in an email interview. I had lots of questions.


Do you find that slave-holding in New England is generally at the 12% level or is it more likely in larger towns with ports and mercantile interests? Is this significantly different from Southern slave-holding patterns?
During the colonial period, unpaid slave labor was used to build and maintain the land and communities but the type of work differed. Southern planters of mainly exportable crops like tobacco, indigo and rice (and later cotton), had an agricultural use for large numbers of enslaved people. Most enslaved people on large farms/plantations worked in the fields, planting, maintaining and harvesting crops while smaller numbers worked in skilled occupations such as carpentry, blacksmithing, tanning, cooking and animal husbandry – jobs needed to keep the farm functioning.
In the North, slavery was also found, especially in coastal port areas and larger cities. In Northern cities, they worked as artisans, shopkeepers, messengers, domestics, sailors and port workers as well as general laborers. In rural areas, fewer numbers of enslaved people labored on small farms.
At last year’s seminar of the Massachusetts Genealogical Conference, Charles Price presented the life of Prince Estabrook, a slave in Lexington who fought in the Revolution. It was news to me how the British were so successful in strategizing their political policies involving enslaved people. In contrast, the American cause for independence and democracy failed to offer either independence or democracy as enticements to the enslaved people in their midst. There must be so many other ways we are unaware of our own history. It made me wonder what experiences compel you to teach genealogy?
Price’s talk sounds fascinating! I have read about Estabrook and mention him in my presentation.
My interest in the 18-19th century period was sparked by learning about Free Black people in my family lines. Although I have not identified any Patriot (or Loyalist) yet, I wanted to learn more about those who lived during this time – whether free or enslaved – and their lives. I like to teach about the 18th century, colonial and early U.S.,  because many people are unaware of the use of enslaved people in Northern colonies and the decades after the American Revolution that it took to free those who had been enslaved in the North.
Are there printed or online resources that can help researchers understand the implications of slaveholding in New England? What would be your top suggestions for further study?
Berlin, Ira. Many Thousands Gone: The First Two Centuries of Slavery in North America. Cambridge, MA: The Belknap Press of Harvard University Press, 1998.
Geake, Robert. From Slaves to Soldiers. Yardley (Pennsylvania): Westholme Publishing, 2016.
Kaplan, Sidney and Emma Nogrady Kaplan. The Black Presence in the Era of the American Revolution. Amherst: The University of Massachusetts Press, 1989
Pierson, William. Black Yankees: The Development of an Afro-American Subculture in Eighteenth-Century New England. Amherst: University of Massachusetts Press, 1988.
Wright, Donald R. African Americans in the Colonial Era: from African origins through the American Revolution (3rd Ed). Wheeling (IL): Harlan Davidson, Inc., 2010. 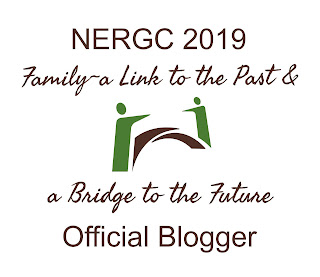