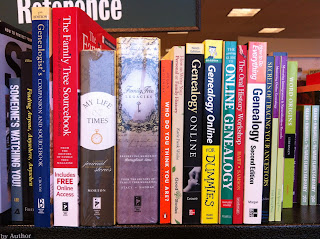 But is this the only definition of “kinship”? A recent author notes:
Read more »
Posted by Barbara Jean Mathews at 6:27 PM No comments: 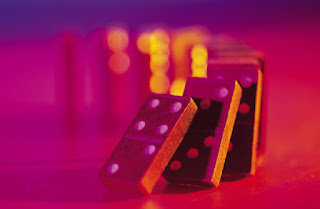 The governor wrote his own will. For many years he was also secretary of the General Court, that is, the colonial legislature of . The colony’s Fundamental Orders are in his handwriting. It is consistent in its presentation. Each letter form is unique. This would be absolutely wonderful if not for the fact that the governor’s handwriting was old-fashioned for his time. I’ve found that headaches can ensue when I deal with the written hand of either Thomas Welles or Matthew Grant, great record-keepers but old-school in handwriting style.
Read more »
Posted by Barbara Jean Mathews at 7:47 AM No comments:

Objects in the Mirror Are Not Authoritative: The "Indirect Citation" 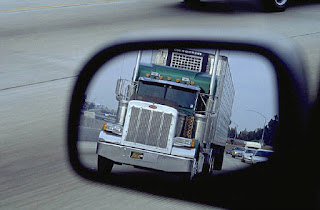 Earlier I updated the Homer and Charry ahnentafel entries with citations to church and vital records indexes. Each of these citations noted what the index stated about where to find the original record. I write as I research. This indirect citation is thus an interim step. If an index provides a volume and page number, I put it in the working citation. If a book cites gravestones or vital records, I quote the book's information in the footnote. This is a useful habit for the "res-write" process,[1] that is, synchronized research and writing, because it stores that interim step. The next research step is to use that index information to find the original record.

Sadly enough, if I am working on my family, I sometimes go no farther than the indirect citation. is my specialty area and my family's origins. It is in that the massive Barbour index to vital records to 1850 tempts me every time. I can do four Barbour look-ups in the time it takes to mount a microfilm reel and view the record itself. If I viewed it, I could cite it. But I don't view it so that citation stays indirect and quotes the slip index citing the location.

The credibility of my work product would improve if I went to the vital records (or their microfilm copies) every time. As genealogical standards state, "The original is the most authoritative source."[2] Not much room for argument there.

Isn’t an Ahnentafel all about Who the Parents Are? 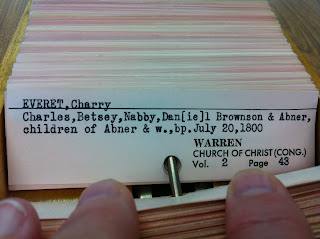 Producing a credible work product means employing the qualities of trustworthiness and expertise. How can we achieve a greater level of expertise? One way to show competence is to use better quality sources. With those, we show that we can weigh sources and that we have knowledge of where to find such sources. In a brief hour in weeks ago, I was able to gather index entries that will lead me to better sources.

Being an avid genealogist, I did enjoy digging around to find the sources for the events regarding Homer and Charry. It was satisfying to link the actual contents of the sources with the facts they supported. One overarching “fact” however is not stated explicitly in their entries or in most ahnentafels. That fact is the identity of each individual’s parents. As I continue to explore reliable sources for Homer and Charry, I will start noting which sources identify parents.

I posted the ahnentafel entries for Homer and Charity “Charry” () Curtiss earlier using the sources originally provided in the online family tree which originally misled Wikipedia. A quick search of slip indexes at the Connecticut State Library revealed  a few more details. Those are indexes and thus they point us to original records. I haven’t spent more time yet, beyond a brief attempt to read the church records prior to 1797. Even so, I’m making an interim update to the Homer and Charry entries using what sources I’ve seen so far. 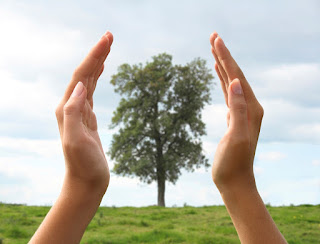 In an earlier posting, I looked at Homer and Charity “Charry” () Curtiss, who were ancestors 122 and 123 in an online ahnentafel.[1] That ahnentafel had some sources listed under Homer’s entry. There were several issues with how those sources were listed. My complaint was that they were not linked to the particular statements of fact that they supported.

Homer and Charry with Source Citations Linked to Facts

Here is what I think the ahnentafel entry on Homer and Charry would look like if its source citations were done in a standard format. I haven’t changed the presentation of facts in this entry nor have I changed which sources were used in any significant way. I’ve simply attached citations to statements of fact.

Have We Succeeded in Creating a Credible Work Product?
When I first ran those online citations down, astute blog readers noted that the quality of the sources used was not the best. Citations allow us to weigh the reliability of what we are reading. The three books in particular set off warning bells. The Weygant book fails to supply dates, locations, or even the name of Homer’s wife, although it does list several children. The Carter genealogy fails to marry Homer off at all. Only the Curtiss book provides full dates, locations and names. None of the books includes source citations.
The Find-a-Grave site provides a photograph of a shared gravestone. One reader pointed out that the stone’s design may be more recent than the 1886 death of Homer. This is a serious question. If the stone was more recent, then there is a possibility that it was installed far from the time in which the events happened. The stone only carries years of birth and death.
In seeking to find a credible way to present this genealogical information, we have come closer to showing the qualities of being well-intentioned and truthful as we have shown the limitations of what we know. We have also shown a small amount of expertise, as we have linked the statements of fact to individual source citations. Better sources are available. By using them, we could improve the credibility and reliability of the ahnentafel work product.
[1] Robert Battle, Michael Hurdle [contributor], “Ancestry of Sarah Palin,” updated , Rootsweb; www.rootsweb.ancestry.com : .
[2] Howard Williston Carter, Carter: a Genealogy of the Descendants of Thomas Carter of and , and of and , also Some Account of Some Descendants of his Brothers, Eleazer, Daniel, Ebenezer and Ezra, Sons of Thomas Carter and Grandsons of Rev. Thomas Carter, First Minister of Woburn, Massachusetts, 1642 (Norfolk, Connecticut: self-pub., 1909), 38. Laura Guthrie Curtis Preston, The Curtis Family: a Record of some of the Descendants of Deodatus Curtis of (Marietta, Ohio: self-pub., 1945), 33.
[3] , The Curtis Family, 33. Photograph of gravestone: Cheryl Behrend and Paula Berry Nelson, “Homer Curtiss,” Find-A-Grave, Memorial # 11767168; www.findagrave.com :
[4] , The Curtis Family, 33. Note that the wife’s name is unidentified in Charles H. Weygant, The Sacketts of : Their Ancestors and Descendants, 1630-1907 (Newburgh, New York: [journal print,] 1907), 254.
[5] , The Curtis Family, 33.
[6] Edward Franklin Everett, Descendants of Richard Everett of (Boston: privately printed, 1902), 76.

Posted by Barbara Jean Mathews at 8:00 AM No comments:

What Makes our Work Credible? 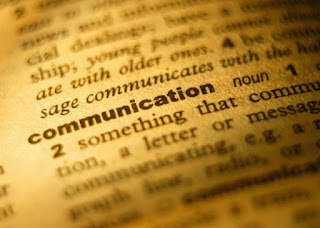 We all want to save our work for posterity, for our children and grandchildren. Many of us also want to make our research available to others to aid them in their work. Whatever our goals, without credibility, our work products will fall short of our intentions.

A decade ago, the issue of credibility was addressed for computer websites. A research team based at put together a large-scale survey and analyzed the results. The report defined credibility in terms that make for a useful discussion. [Emphasis below was in the original.]
Read more »
Posted by Barbara Jean Mathews at 4:22 PM 1 comment: